Our dependence on oil for transportation plays a major role in national security decisions. 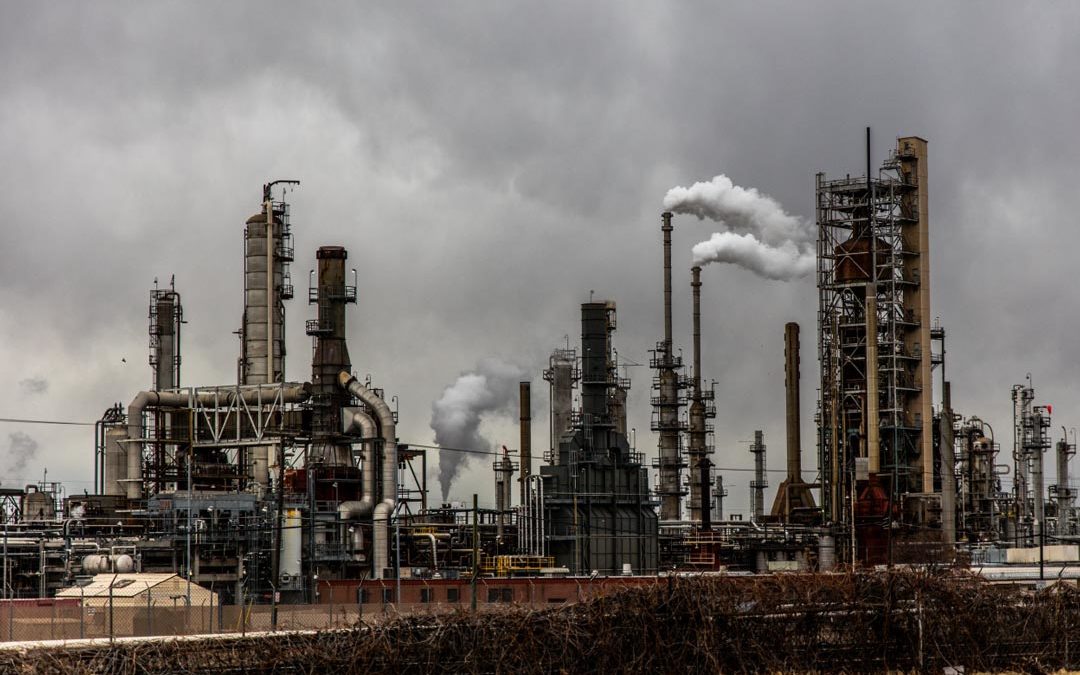 The United States does not have a formal transportation energy policy, but it should because 70% of the world’s oil is used for transportation. This has caused both the United States and the world to act in accordance with this reality – our dependence on oil. Both national and international decisions are made with access to oil in the minds of strategic decision makers.

Those who own the most oil reserves (which is not the US) wield enormous influence over those decision makers because oil is a necessary strategic commodity that is critical to the global economy. This reality will continue until sufficient political will combines with the increasingly innovative transportation technology to reduce oil to just another industrial commodity, not a critical global energy source.

Most Americans cannot yet conceive of such a change, but it is indeed possible. Frankly, in my opinion, the change is mandatory for our future national security.

Oil has been used as a weapon against the United States for decades. It is time to change that.

The oil embargoes of the 1970s told the world that the quality of life and standard of living of oil-dependent nations are beholden to Middle Eastern oil. Since then, well-funded terrorism has been the result. Here are three examples:

Terrorism is still funded largely by oil revenues. Seventy percent of oil is used for transportation. When you combine these facts, it does not seem overly complicated to surmise that reducing demand for oil is critical to reducing terrorism. We could not do that before. Now we can.

2. Reduce/eliminate the tremendous strategic leverage that oil-rich nations have over oil-dependent nations.

Former Senator Richard Lugar in an address at Purdue University on August 29, 2006: “We have lost leverage on the international stage and are daily exacerbating the problem by participating in an enormous wealth transfer to authoritarian nations that happen to possess the commodity that our economy can least do without,” and “Energy is becoming a weapon of choice for those who possess it.” Former Secretary of State Condoleezza Rice, addressing the Senate Committee on Foreign Relations in 2006: “The politics of energy is… warping diplomacy around the world.”

There is no question that oil-rich nations have tremendous strategic leverage over oil-dependent nations and OPEC, with its vast oil reserves, will continue to control the oil market for the foreseeable future, unless transportation technology changes. They will direct the oil market to their advantage, not to ours–particularly the supply side, in order to manipulate price. There is no free market for oil.

For decades, U.S. presidents have asked Saudi Arabia to manipulate the global supply of oil, and therefore the price of oil.

Sometimes this has been to reduce the effect of our wars/conflicts in the Middle East. Sometimes it’s because the price of gasoline increased to such an extent that it had a recessionary (and political) effect on our economy.

Were decisions by the White House, the State Department, or the Department of Defense over the last 40 years made in light of our dependence on foreign energy sources? We need to be honest about the answer to that question.

We know that aggressive actions by nations are sometimes tolerated in light of the world’s dependence on oil.

Europe must tolerate some of Russia’s aggression because so much of their energy needs come from Russia. Ask yourself, has the United States looked sideways at some of Saudi Arabia’s actions because of their energy dominance and control of OPEC?

China and India have relations with Middle Eastern and North African nations because their still-emerging economies need oil. In fact, about 70% of Middle Eastern oil goes to Asia. The China-Iran relationship is particularly problematic. China not only imports oil from Iran, but also has agreements to develop oil and natural gas fields in Iran. In return, China helps Iran with advanced military technology along with nuclear technology.

There is a school of thought that China and Iran see their close relationship as a counter to the role of the U.S. in the Middle East.

In a speech to the Brookings Institution in 2006, Senator Lugar said, “While staying overnight in the Corinthia Hotel in Tripoli . . . I came face to face with the microcosm of the new reality of global economic life. It was impossible to walk around the hotel without meeting someone who was hoping to tap into Libya’s oil reserves. The hotel was populated with representatives from China, India, and Western oil companies who were in Libya to stake out drilling or refining options for every pool of oil that the government might make available. . . The Chinese and Indians, with one third of the world’s people between them, know that their economic future is directly tied to finding sufficient energy resources to sustain their rapid economic growth. They are negotiating with anyone willing to sell them an energy lifeline.”

This has nothing to do with the concepts of free trade or isolationism.

It is simply the loss of strategic leverage that is evident, as Middle Eastern oil will continue to determine bilateral relationships well into the future if we do not change transportation technology.

Again, in his speech to the Brookings Institution, Senator Lugar said, “No one who is honestly assessing the decline of American leverage around the world due to our energy dependence can fail to see that energy is the albatross of US national security.”

3. Bring our troops home from the Middle East

We have made several deadly miscalculations and continue to do so, but make no mistake, the only reason we are in the Middle East is to ensure that oil flows out of that region for the entire world. It is part of our international security responsibilities. The entire world relies on us to ensure they have oil for their economies. This is why U.S energy independence is irrelevant. Even if we didn’t need foreign oil, we would still be fighting to protect access to it for other countries that need it.

The cost for the U.S. to protect the world’s access to oil has been enormous.

According to a recent Brown University study, it has cost the United States over $5 trillion in recent decades. Here are just some of those costs:

Here are the non-military costs:

This list could go on and on, but there are other real costs as well. We have lost over 6,000 American military lives over the last few decades protecting oil for the world.

Here is a short list of some of the more high-profile wars, conflicts, and terrorist incidents that have occurred around the world over the last 40 years.

All of this just so we can put gasoline in our cars and diesel in our trucks. We had to do this in the past, but given the new transportation technology, is this worth it?

We have lost over 6000 American military lives over the last few decades protecting oil for the world.

When you go out on the weekend to watch 10- or 12-year-old kids happily playing Little League baseball or soccer, swim in a meet, participate in a robotics tournament, or any other such activity, please remember that if we continue our current path, some of those children will be fighting in the Middle East in just another 10 years. In case anyone thinks that statement is too somber or overly dramatic, that has been an accurate statement from the late 1970s on. That’s four decades’ worth of children, many of whom found themselves moving from the playground to the battlefield. If we don’t move on to post-oil technology for transportation, this statement will continue to be accurate.

Many people clamor for “energy independence” as the solution to our problems.

Our energy independence accomplishes none of the three goals listed above. Even if we did use only our own oil, we would still be protecting oil for the entire world, and the sale of oil would continue to fund terrorism. The obvious and now achievable solution is to move away from oil as a transportation fuel.

As an American general said in a recent interview, “Why should we protect the oil that is going from Iran to China?”