Moving Away from Oil: Why Now? 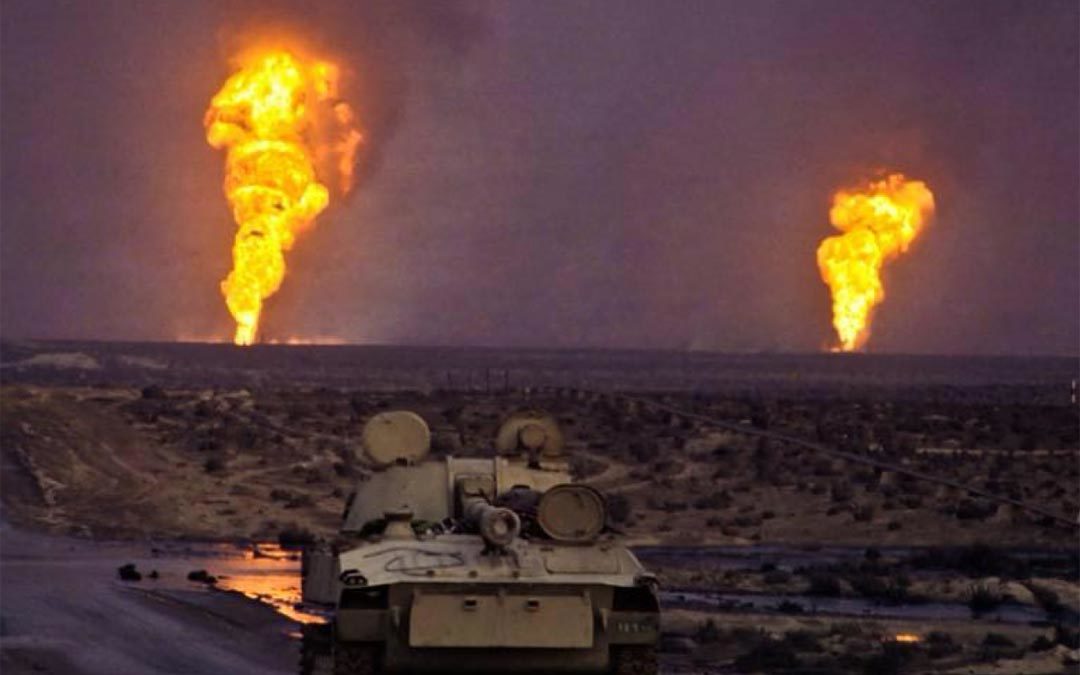 Today, when we send our young men and women off to war, we pat them on the back and thank them for their service. We throw parades and homecomings upon their successful return. We sadly salute the caskets as they go by. Then we drive down to the neighborhood gas station and fill up. And nobody makes the connection. No one sees the irony. No one sees that simply moving away from oil could lead to less caskets. Can’t we all agree that a decrease in American military deaths is a good thing? 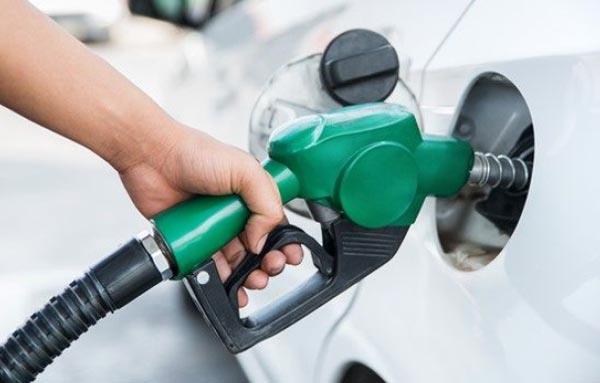 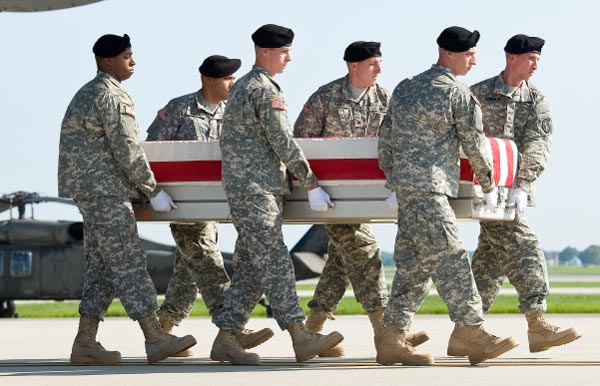 The simple question must be asked: Why are we in the Middle East?

Why do we continue to pour enormous resources into an area of the world that has cost us so dearly, in both human and financial terms, over the last 40 years?

We do this to maintain the global oil market. Historically, that market has been crucial to the Western standard of living. The world relied on oil for its numerous energy requirements, but that has changed.

Today, the use of oil most relevant to our quality of life is for transportation energy—how we move people and goods.

Transportation is the last industry dominated by the use of oil.

Oil is still used for over 90 percent of transportation needs in the United States and around the world. This will remain the case unless the new technology is understood and embraced.

ROW OF ELECTRIC VEHICLES: Post-oil technology in the form of electric cars, trucks, and SUVs is readily available today. For national security reasons, we should be moving away from oil as the main transportation fuel much faster than we are.

Transportation energy technology is on the cusp of great change.

A change that will allow the international economy to be free of oil’s chokehold upon the world. The technology of the past mandated that the United States devote enormous resources to preserve the flow of oil. This wasn’t just to the United States, but to all markets, so as to maintain global demand for goods and services, preserving the international economy. But emerging technologies allow us to change that dynamic.

This technology will not cause us to lose our standard of living; indeed, it may enhance it. It will, however, change the strategic dynamic wherein the United States must defend—at enormous cost—the flow of oil, which allows the world to send money to people who want to kill us.

Today, we are funding both sides of the War on Terror.

In a teaser for Roger Sorkin’s 2015 documentary The Burden (I appear in the film), a former soldier says, “In a three-month span, I buried two guys. When I squeeze the gas pump, you know, I think about it. . . . Why should their families have to bear that burden?” SAFE (Securing America’s Future Energy), a nonpartisan nonprofit dedicated to ending our dependence on oil, has more than a dozen retired four-star generals and admirals on its board. The military understands this issue. The Pentagon knows the importance of moving away from oil.

Talk of “supporting the troops” seems to fall on deaf ears, politically, whenever reducing our dependence on oil is mentioned.

Supporting the troops can take on many dimensions, but sending them into conflict only when necessary should be a primary tenet. Improving conditions for the future, so that troops would not be needed, would seem to follow. Foreseeing the future is critical.

When I went to the Gulf War in 1990-91, maintaining the global flow of oil was critical to our quality of life. At that point, our level of technology could not overcome our need for the resources in the Middle East. There is no question that a disruption to the flow of oil at that time would have severely, if not catastrophically, affected the global economy.

The following remarks confirm this:

Former Secretary of State James Baker told PBS’s Frontline that the vital national interest was to “secure access to the energy resources of the Persian Gulf.”

On March 17, 2005, Senator Richard Lugar put into the Congressional Record: “The underlying goal of the U.N. force, which included 500,000 American troops, was to ensure continued and unfettered access to petroleum.”

Since then, our actions as a nation have been largely to address the supply side of the economic equation. Fracking, the Keystone Pipeline, and other efforts are caught up in politics but don’t actually address reality. That reality is that, according to a 2017 cnn.com report, OPEC has 81 percent of the known oil reserves and the United States is not in the top 10 countries for reserves; that China, India, and other growing nations will continue to buy that OPEC oil unless the new technology is adopted; and that, as a result, terrorism will continue to be funded. It is a fool’s errand to continuously address supply when reducing demand is the real key to minimizing the influence of the Middle East and bringing our troops home. And we can dramatically reduce demand over the next 10 to 20 years.

Here are a couple of illuminating questions and answers from an article published by the previously-mentioned organization Securing America’s Future Energy (again, which has over a dozen retired 4-star admirals and generals on its board) confirming that protecting the oil supply routes and infrastructure is a core mission of the United States military. Most Americans have no clue about this and what it has cost us.

When asked if the cost to the U.S of protecting the global oil supply is “zero.”, General James T. Conway said, “No, I don’t think so, not if you look at what this country has dedicated to protecting the world’s oil supply. We tell the troops that we have a presence in the Middle East to protect our national interests but if you scratch that answer just a little bit, then that answer comes up oil. And, if we consider where our last several conflicts have been, we would not be able to justify these missions and deployments otherwise.”

In other words, without the need to protect oil as a strategic commodity for the entire world, these conflicts would not have been necessary.

“We tell the troops that we have a presence in the Middle East to protect our national interests but if you scratch that answer just a little bit, then that answer comes up oil. And, if we consider where our last several conflicts have been, we would not be able to justify these missions and deployments otherwise.”

Secretary Lehman was asked, if the Middle East did not have oil, would the U.S. be spending its blood and treasure to stay so deeply involved in the region?

He said, “Our existential threats are what we should be concentrating on. We should concentrate on East Asia and an increasingly revanchist Russia. Defending Persian Gulf oil is a major distraction from those existential defense issues. We want to be strongly supportive of increasing our defense capability, but the fact is that oil dependency complicated the military equation beyond our comprehension.”

Admiral Blair said, “from the military’s point of view, there are three areas we have to worry about: East Asia, the Middle East, and to a lesser extent, the Atlantic Russia-Europe region. If the Middle East didn’t have oil, it wouldn’t be one of the top three priorities. The U.S. would not need to be so deeply involved.”

“We are not in the Persian Gulf because we are benevolent. We want oil to flow out of there,” said General Wald. “If the region were stable, without threats to close the Strait of Hormuz or threats to Aramco facilities, we would not be there.” General Conway said, “I don’t think we would. Indeed, in many places, we are protecting the oil supply of actors that do not share U.S. interests. Why should we protect the oil that is going from Iran to China?”

General Conway could not have said it any more clearly. Why are we protecting oil that is being shipped from Iran to China, which then funds the terrorists? Iran has been a US-designated state sponsor of terrorism since 1984. ISIS and al-Qaeda have also been funded primarily by the sale of oil. Only the continuing change in transportation technology and its subsequent adoption by United States and world consumers can change this.

It’s time to move away from oil as the primary transportation fuel. Because of our current transportation model, the world continues to fight wars, manage conflicts, lose thousands of lives, and spend enormous financial resources. We have been doing so for over 40 years. All of that cost has been simply to maintain the flow of oil throughout the world. It’s time to admit that. It’s also time to change.